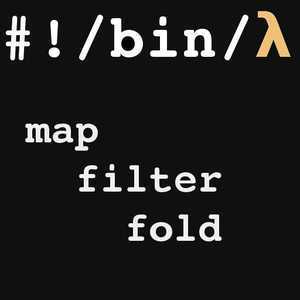 UPDATE: Nicholas Sterling had discovered a way to implement anonymous functions Thanks!

With this last version you should use map if you use external function. mapl to use lambda function. And mapa for arithmetic operations.

tl;dr: some simple implementation of higher order function for zsh.

Why is it important to have these functions? Simply because, the more I programmed with zsh the more I tended to work using functional programming style.

The minimal to have better code are the functions map, filter and fold.

Let’s compare. First a program which convert all gif to png in many different directories of different projects.

No more bloc! It might be a little bit harder to read if you’re not used to functional programming notation. But it is more concise and robusts.

Another example with some tests.

Find all files in project not containing an s which their name contains their project name:

Also, the first verstion is a bit easier to read. But the second one is clearly far superior in architecture. I don’t want to argue why here. Just believe me that the functional programming approach is superior.

You can find an updated version of the code (thanks to Arash Rouhani). An older version is here thought. Here is the (first version) source code: